What a great start to the year 2022! We’ve welcomed three new faces here at Attached who all bring a new energy and excitement for the new year. To make their arrival even more special, we celebrated this past week with the entire Attached team together in its entirety after two long years. Not only did we get to meet our new colleagues, but we were also reminded how great it is to be together. It just gelled.

First up is Jordi Sabandar, who actually joined us as an intern last year and immediately impressed us. So much that he is now a bonified localization project manager. The second addition to the team is Catherine Christaki who will be taking up residence in the Toronto office as localization and account manager. What a powerhouse! Last but certainly not least, is Rivka Kroes, who brings serious experience as operations manager.

Welcome to the Attached family!

Want to get to know them better? Read their bios below.

When Jordi graduated from high school, he didn’t expect to end up in the localization industry. In fact, he thought he was horrible at learning languages, as was evident from his French classes. Thanks to his mom’s suggestion, he nonetheless decided to study Japanese language and culture in the amazing city of Maastricht. Low and behold, he started to love learning languages!

Jordi was brought in as an intern at Attached to dive into the topic of gender-neutral language, which is perhaps a very familiar issue: how to translate gendered and gender-neutral language. He was interested in this topic before he joined Attached, but it only accelerated during the internship. Inclusivity is important, especially in language. 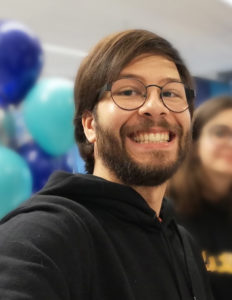 “When it was finally time to start looking for internships,
I did my best to end up at a localization agency.
I’d say that was a success as I’ve now joined the team
at Attached as localization project manager.”

Born and raised in Greece, Catherine studied Modern Languages and Translation in the UK, and currently lives in Guelph, Canada (proud Canadian citizen since 2018). She enjoys talking about #L10n on LinkedIn and Twitter, and writes the translation blog Adventures in Technical Translation where she posts round-ups of upcoming free localization events.

She has been a certified English-Greek translator since 2001 and a partner at Lingua Greca Translations since 2012. She specializes in software, app and web localization (Greek Language Lead for Apple software & apps since 2011), and she translated the American Translators Association’s guide Translation: Getting It Right into Greek.

If all this isn’t enough, she is an active volunteer in industry associations, to name a few: ATA (as a mentor since 2014, and the blogmaster of The Savvy Newcomer), and Women in Localization (Americas GEO Manager; former Chapter Manager of W.L. Eastern Canada).When I started exploring a new direction in my localization career, I wasn’t exactly sure what role or which company would provide an environment for learning and professional growth. Attached felt like the perfect fit from the first moment. The welcome and support by the whole team has been incredible! 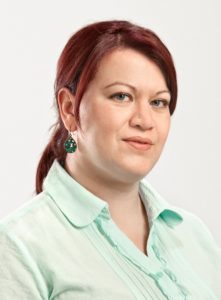 “When I started exploring a new direction in my localization career,
I wasn’t exactly sure what role or which company would provide
an environment for learning and professional growth.
Attached felt like the perfect fit from the first moment.
The welcome and support by the whole team has been incredible!”

Rivka is a Dutchie who grew up near Rotterdam. She always liked learning new languages, which is why she studied Chinese at university. There she realized that cultures are just as fascinating as languages, and they continue to fascinate her to this day. She started working in localization as it combines languages with the more practical side of international communication.

In her free time, she loves to read novels and has taken up crocheting. She also loves experiencing new cultures through food and is a decent cook herself.

"I'm very excited to start working at Attached. I love the
variety that localization brings. I think I will feel right at
home in the international team that Attached has, now
spanning two continents! I look forward to meeting everyone."